Congratulations to the Hub City Selects U16 team as they capture the 2022 Hub Cup! The Selects finished a perfect 5-0-0 in the tournament with steady goaltending from Tucker Roy and timely goal scoring coming from all over!  The championship game was played between the Selects and the Breakers after the Breakers defeated the RI Rebels in the semi final game!  The championship started off slow for the Selects, but a couple huge stops from Tucker Roy kept the game scoreless until the halfway point of the first half.  Halfway through the first, Ben Dias put the Selects up 1-0 with a beautiful individual effort.  The Breakers tied it up shortly after, but from then on the Selects did not look back.  Luke Tropeano had a goal and an assist in his next two shifts and Tucker Roy shut down every shot he faced in the second half.  Congrats to the Selects!! 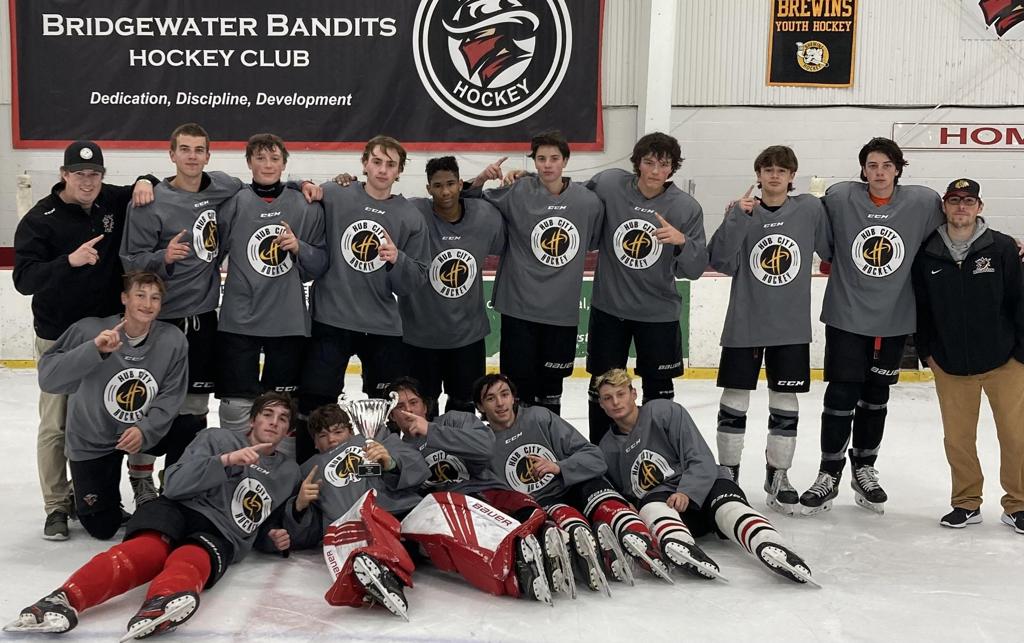