Congratulations to the Blazers U20 team as they capture the 2022 Hub Cup played at Bridgewater Ice Arena.  They were lead by stellar goaltending from Brendan Flanagan the entire tournament.  The Blazers finished with a record of 4-0-1.  They advanced straight to the championship where they faced off against Hub City Selects who had beaten Jets U20 in the semi finals!.  The Blazers grabbed a 2-0 lead early and never looked back as they won the final game by a score of 5 to 1!  Congrats! 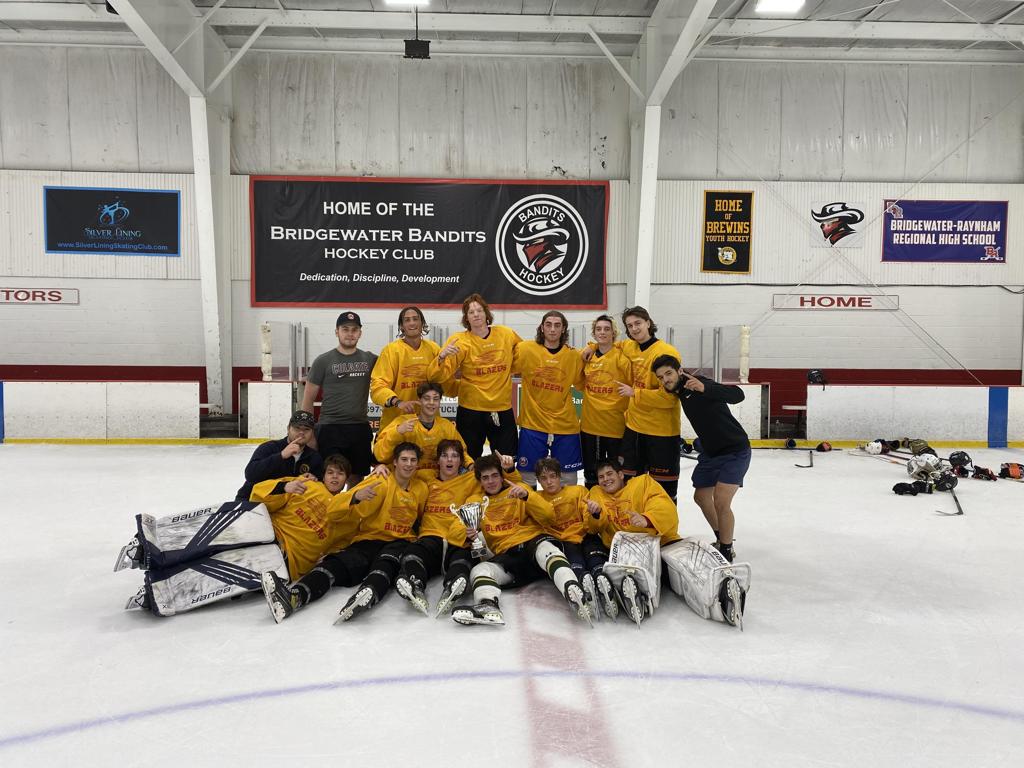